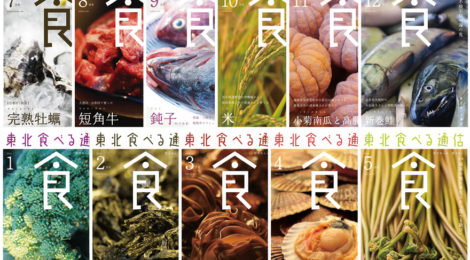 Hiroyuki Takahashi is a social entrepeneur. After the great earthquake and tsunami of 2011 he established the non-profit organization called “Tohoku Kaikon”, focused on supporting reconstruction efforts in the damaged region by encouraging and promoting local food production. Moreover, he began publishing a magazine, “Tohoku Taberu Tsushin”, that has the aim of creating connections between local producers and consumers in cities, and to bring a continued relationship between the two.

The magazine provides a lot of information about food produced in different regions of Japan, and includes samples delivered every month. It is the world’s first magazine to be delivered with actual food and it operates under the philosophy that changing food is the key to change the world. 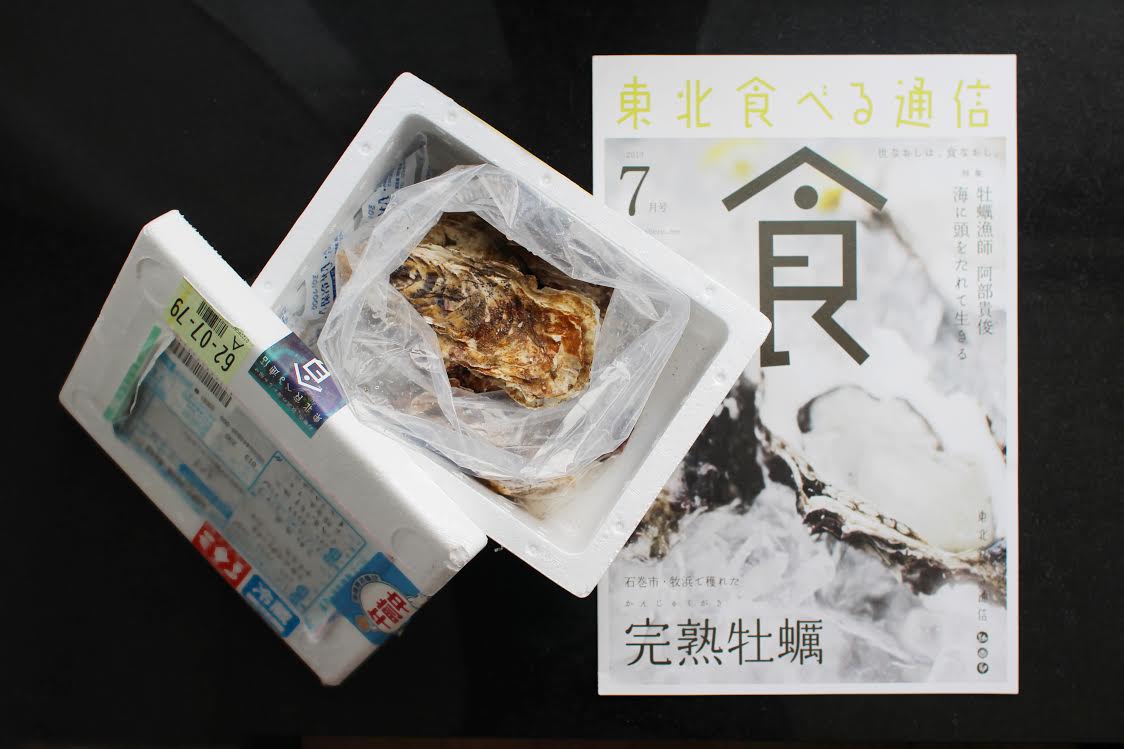 At first it focused only on the food from Tohoku region but soon the initiative has earned an enthusiastic following of readers, subscribers’ numbers have been growing steadily with each issue and the project has espanded to other areas of Japan.

Japan is world’s largest net food and feed importer and is characterised by a strong decrease in domestic production that dropped from the 73% in 1965 to the 40% of today (data from Food Balance Sheet edited by the Ministry of Agriculture, Forestry and Fisheries of Japan). That means that 60% of its food is supplied from abroad.
Therefore, in Japan it is important to stimulate local food production and Taberu Tsuushin can be a key project in this direction.

We talked about Taberu Tsuushin and the current situation in Japan with Yuki Homma (the director of Tohoku Kaikon),that answered our questions.

1.  Tabeeru Tsuushin is a very innovative project. How was it born?

It started from Hiroyuki Takahashi (Hiro)`s vision that the distance between food producers and consumers is the essential cause of most of problem we face. The problems he meant are not only on producers side such as decreasing population, aging, and low income of food producers, but also consumers side such as lack of anxiety on food security/safety and exhaustion of urban busy life. As Hiro and his mates sought for a service that would foster communication and relationship between the two, it ended up an “edible journal” mode. It`s a service consist of information (magazine), food, and
communication (closed SNS group). 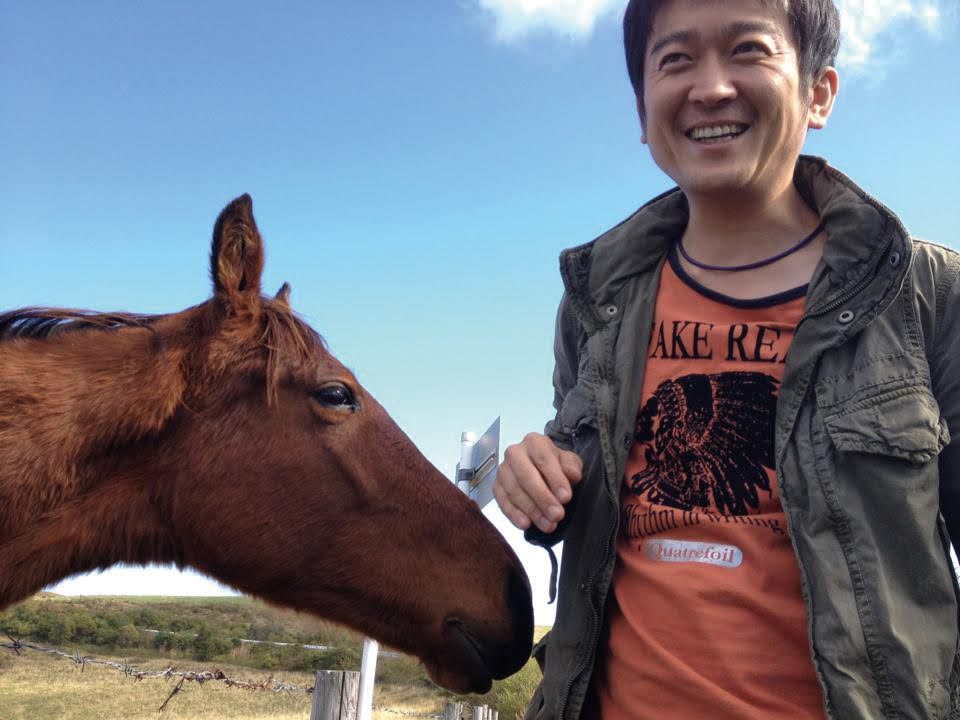 2. How do you explain the great success of Taberu Tsuushin in a country  where agriculture is a declining sector and the traditional dietary culture is currently undergoing a crisis?
Can this success be a sign of a new interest towards local food products?

Though we are far from success yet, we might have come to a starting point where people change the way to see food producers. The governmental policy and business sector always have insisted that it`s the producers to be changed by increase productivity to save declining industry. We are one of few players who insists that the consumer should change. Since we aim that producers receive more respect through our service (and it`s being happening!) and our model is being spread all over Japan, we might have succeeded in changing some perception. But the industry is still in tough situation. There`s a lot to be done.

Again it`s rood is the distance between producers and consumers. Local production is low and declining because of that. We believe we can change by creating relationship. Now consumers decide which food to buy by the prices, tags (ex. saying organic), colors, origin regions, etc. but not who made it when and how. Consumers who don`t know the producers or their effort, can make hard bargain, causing low income of producers. We believe connecting them by information and communication is the first step to bring people back to agriculture.

4. Which role and importance do NPOs, consumer movements and local producers groups have in “creating alternatives” to the imported and processed food? Can their activities bring to a growth of local production and to the development of a new food system (more local, sustainable, healthy and safe)?

What food producers produce is not only food. They are the keeper of landscape and culture of the region, they are the teacher who can teach how to live along with nature, and their lifestyle and philosophy so different from cities give us valuable experience. There is a farmer in Aizu region who make very traditional pumpkin. However, the number of farmers who make it had been declining to only 2 till 2014 when we featured him on “Taberu Journal”. What happened afterward is that our subscribers who sympathised started collecting seeds of the pumpkin and sent them back to the farmer. With this, a community of farmer and consumers was born and the community members often visited
Aizu to help the farmers. This movement stimulated Aizu local community and more than 10 new farmers started making the pumpkin. We believe that sympathy of who eat to who make, is the key for a new food system. 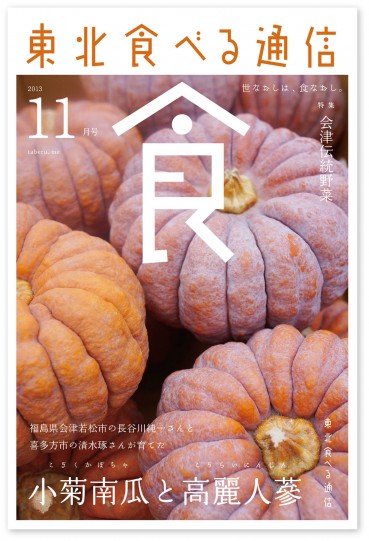 5. What are your plans for the future?

The edible journal model has been successful to spread. It`s published from 31 regions (as of May 2016) and we aim 100 by April 2018. We also make a new challenge to make a C2C marketplace of food where farmers and fishermen can easily sell their products to consumers. Generally food is distributed through brokers but it challenges to make direct channel for producers by offering them smartphone based application.
The service will be launched in summer 2016. 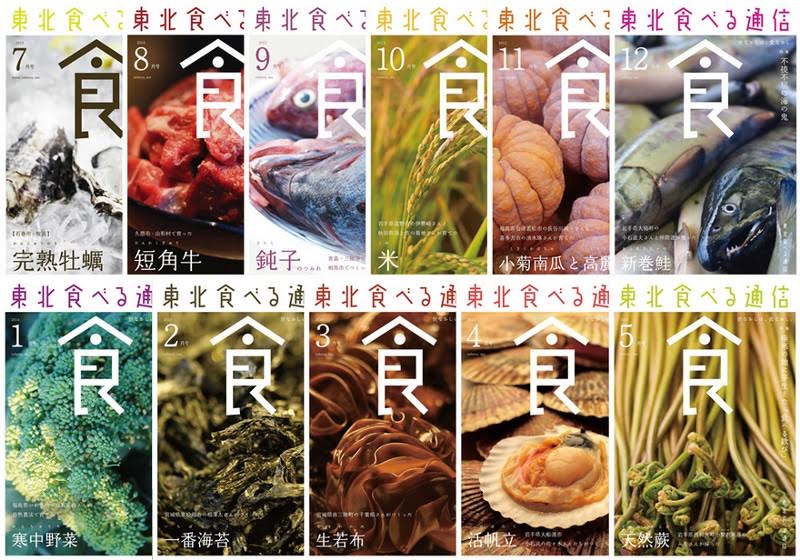 If you want to learn more about Taberu Tsuushin (only in Japanese):